Last week, on 17 and 18 November 2016, the government of Vietnam hosted the international Hanoi Conference on Illegal Wildlife Trade. Governments attending the conference adopted the ‘Hanoi Statement on Illegal Wildlife Trade’, in which they committed to expand their efforts to tackle the poaching crisis and illegal wildlife trade. However, conferences like these and the statements resulting from them are meaningless if they are not followed up by real action to tackle transnational organised wildlife crime. 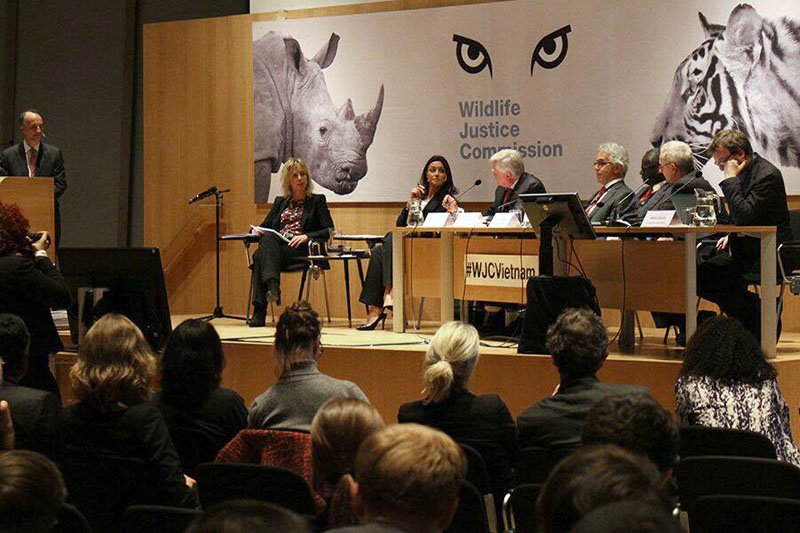 Just prior to the Hanoi conference, on 14 and 15 November 2016 an independent panel of highly esteemed international criminal lawyers and corruption experts reviewed damning evidence of a wildlife trafficking network in the village of Nhi Khe, Vietnam. The evidence, gathered by the Wildlife Justice Commission over a year-long period, was heard at a two-day Public Hearing in The Hague.

Twenty kilometres from Hanoi and near the border with China, a wildlife trafficking network centered in Nhi Khe and nearby locations openly trades parts and products of rhinos, elephants, tigers and other protected wildlife species in shops and via social media. Investigators documented the identity of 51 traffickers, widespread illegal trade (an estimated $53.1 million in ivory, rhino horn and tiger parts observed for sale in 1 year), smuggling operations to China and bank accounts used to receive payments from Chinese buyers.

Independent panel confirms that immediate action by the Vietnamese government is required to shut down wildlife trafficking networks in VietnamVietnam Public Hearing: Suggested recommendations from the audience and around the world