We started Operation Caesar in October 2017 to investigate the trafficking of primates from Malaysia to the Middle East. Orangutans have suffered sharp population declines in the last decades due to the loss of their habitat and the illegal exotic pet trade. All species of orangutans are critically endangered.

After 10 months of investigation and engagement with the traffickers, we facilitated the arrest of a high-level trafficker and the seizure of three infant orangutans in Malaysia on 13 July 2018, followed by the seizure of another infant in September 2018.

Throughout the investigation, our undercover operatives were offered a total of 17 infant orangutans. The speed in which these orangutans were offered for sale testifies to the constant demand for them, with male and female pairs being sold within 24 hours of becoming available. It also highlights the accessibility of the network. This means that we have to react with extreme swiftness to obtain results and to preserve life, making Operation Caesar one of the most challenging investigations for the WJC. 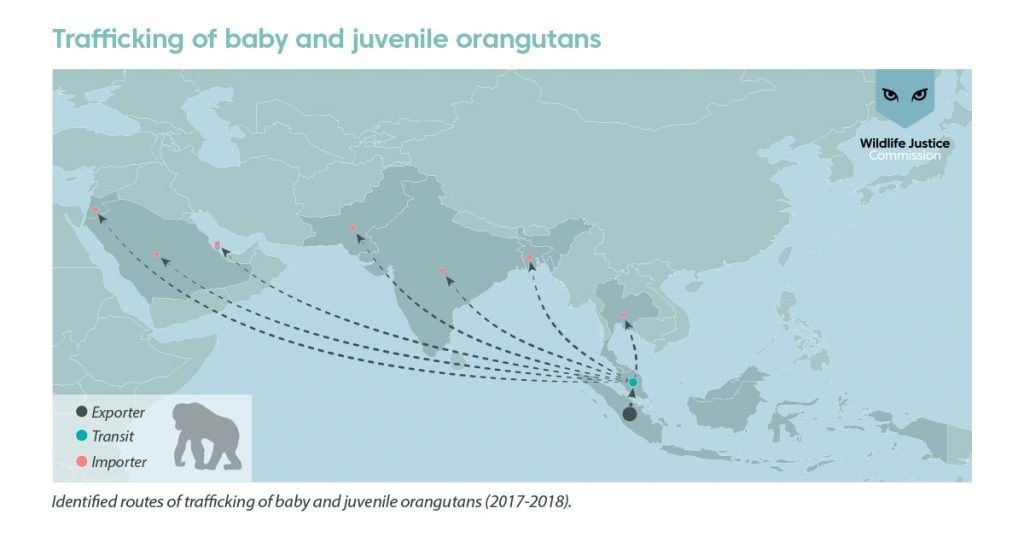