The document presents the key findings of our 18-months investigation on illegal wildlife trafficking in the village of Nhi Khe, Vietnam. The Wildlife Justice Commission commenced an extensive covert investigation during 2015 into a major criminal network involved in the trafficking of raw and processed CITES Appendix I and II listed species1 including African elephant, African rhino, tiger, pangolin and helmeted hornbill, centered upon the village of Nhi Khe, Vietnam. It also discusses the outcome of efforts we undertook to establish a dialogue with the governments of Vietnam and China and outlines the steps we took on the path of activating justice against the criminal network that our team identified.

Following review by two Independent Review Panel Members, we submitted a Case File presenting the results of this investigation to the government of Vietnam in January 2016 and to the Chinese authorities in February 2016. The purpose of the Case File was to provide these governments with actionable evidence and intelligence that would support the initiation of criminal cases against the identified persons of interest (POIs). We continued to investigate the activities of those POIs after the submission of this Case File in 2016. We aimed at maintaining an up-to-date understanding of the illegal wildlife trade in Nhi Khe and to assess whether there was any indication of law enforcement efforts by the responsible authorities and if so, what impact it had upon criminal activity.

This follow-up investigation was finalised on 1 July 2016 and an update of the Case File was submitted to the Vietnamese government on 4 August 2016. The two documents together contained over 5000 pages of detailed evidence (including photographic) against 51 POIs, documenting staggering levels of illegal wildlife trade conducted with apparent impunity. The current document presents the key findings of our 18-month investigation, discusses the outcome of efforts we undertook to establish a dialogue with the governments of Vietnam and China and outlines the steps we took on the path to activating justice against the criminal network that our team identified. 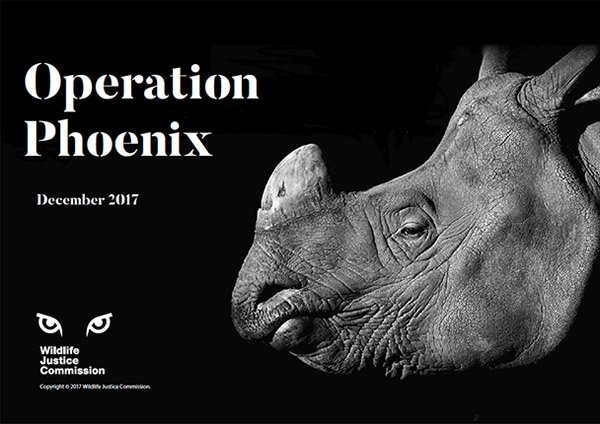 World Elephant Day: No room for complacency in the fight against ivory trafficking