We are thrilled to announce that the Wildlife Justice Commission has signed an agreement with the Pangolin Crisis Fund to jointly unravel and fight the trafficking of pangolin scales across Africa and Asia.

The Pangolin Crisis Fund and the Wildlife Justice Commission have joined forces to fight the transnational organised crime that is pushing pangolins to extinction. The Pangolin Crisis Fund has provided a grant to the Wildlife Justice Commission in support of our ongoing investigations into the supply chain of the trafficking of pangolin scales across Africa and Asia. 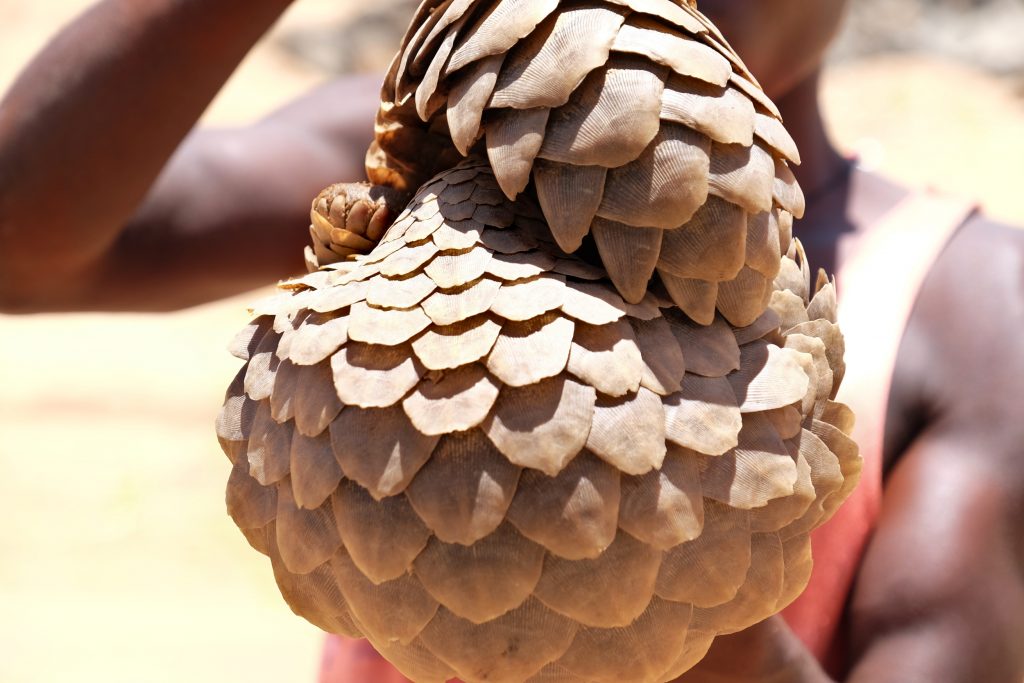 Pangolins are fascinating creatures. Shy, solitary and very elusive, these insect-eaters are the only mammals covered in sharp, keratin-made scales that act as a protective shield against predators. But their protection is also their major threat: while pangolins are sought after for their meat, they are mainly sought after for their scales, which are used as a component in traditional Chinese medicine, despite there being no scientific evidence of it having any medicinal value.

There are eight species of pangolins, with their range expanding across Asia and Africa and all are currently under threat and in decline. Their survival is threatened by habitat loss and organised criminal networks that target them. Two of the four Asian species (the Sunda Pangolin and the Philippine Pangolin) are listed as Critically Endangered by the International Union for the Conservation of Nature (IUCN) Red List of Endangered Species. Since January 2017, all species of pangolin have been included in Appendix I of the Convention on International Trade in Endangered Species (CITES) – the highest level of protection possible, prohibiting any international trade. Despite this protection, the smuggling of pangolins persists to the point that they are currently considered the most trafficked mammals in the world.

The collaboration between the Pangolin Crisis Fund and the Wildlife Justice Commission is an agreement, aimed at strengthening urgent efforts to investigate and help dismantle the criminal networks that are profiting from the trafficking of highly vulnerable pangolins.

About the Pangolin Crisis Fund

The Pangolin Crisis Fund was created in 2019 by the Wildlife Conservation Network and Save Pangolins, in partnership with the Leonardo DiCaprio Foundation, and with the goal of eliminating the demand, trafficking and poaching crisis that puts all eight species of pangolins at risk of extinction.

Video: 2019 highlightsScaling up: The Rapid Growth in the Industrial Scale Trafficking of Pangolin Scales (2016-2019)