The Hague, the Netherlands, 24 August 2017 – The Wildlife Justice Commission is extremely concerned about the possible consequences of the private rhino horn auction that it is taking place in South Africa this week, organised by South African rhino breeders, as it will likely fuel the demand for rhino horn in Asia. 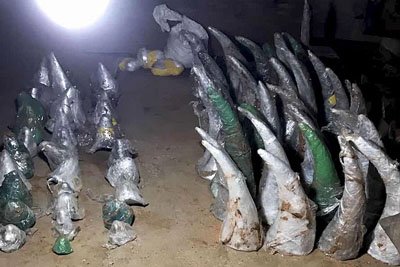 This auction is taking place after the country’s Constitutional Court effectively lifted the 2009 moratorium on the domestic trade in rhino horn last April. International trade was banned in 1977 by CITES, which South Africa is part of.

“There is essentially no domestic demand for rhino horn in South Africa, so it is inevitable that these horns will end up in Asia, because that is where the demand is,” said Olivia Swaak-Goldman, Executive Director of the Wildlife Justice Commission. “This auction risks stimulating demand at a time when governments and NGOs are working to reduce consumer demand in Asia. This demand cannot be met by farmed animals and therefore risks leading to increased poaching, putting even greater pressure on rhino numbers in South Africa, where nearly three rhinos are poached every day.”

In a recent undercover operation, Wildlife Justice Commission operatives were offered 76 rhino horns by a single wildlife trafficking network. At USD 18,000 per kilogram, these horns are valued at nearly USD 20 million and represent a minimum of 50 poached rhinos.

“During our 2015 investigation in the village of Nhi Khe in Vietnam, we documented the trade in rhino products from an estimated 573 rhinos.” said Olivia Swaak-Goldman. “Law enforcement capacity and effectiveness are improving in countries like Vietnam but they need more time to address this issue. A possible flooding of the market with horns purchased in the auction would only make their job harder.”